The Foundation and the Future

Ranch A is comprised of approximately 645 acres with all of the historic structures included. Ranch A is wholly owned by the state of Wyoming. Under the supervision of the State Lands & Investments Board, Ranch A is leased to a private, non profit group called the Ranch A Restoration Foundation (RARF). This group is charged with maintaining the ranch as an educational facility. While the state owns the property and directs the 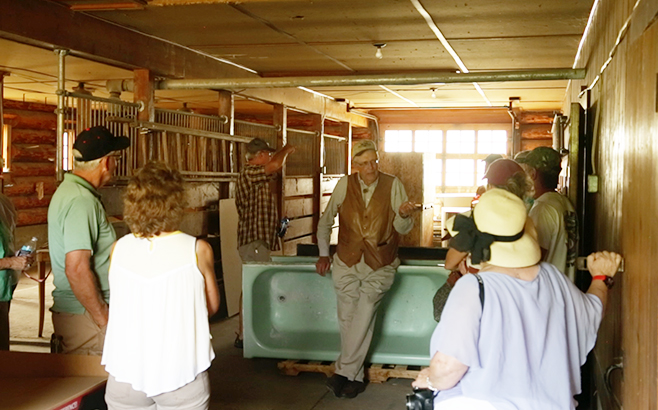 management of it, there is currently no funding provided for day-to-day operation, maintenance, repairs, improvements, or expansion of the Ranch A.

The first foundation meetings were held in January 1992. Articles of Incorporation and By-Laws were adopted and filed in February 1992. South Dakota School of Mines & Technology had a 10-year lease of the facilities until 1996. RARF then took over the care and management of the buildings and grounds. The Lodge, Pete Smith Cabin, Babcock House, and apartments are currently utilized for lodging and rental income to fund operations. Small improvements have been made to the kitchen and baths, and upgrades of electrical and plumbing systems have been accomplished. A sprinkler system has been installed, roofs have been replaced, and the exteriors of the Lodge, Pete Smith Cabin, and Barn have been restored. All renovations and repairs to the Lodge, Pete Smith Cabin, and Barn must meet specific standards as they are part of the National Registry of Historic Places. Funds secured from special state legislation restored the logs on the three main buildings. Four of the original cabins were remodeled by the US government during their tenure and are now rented for additional income. The latest addition to the facility is high speed internet access.

Ranch A is under the supervision of the Wyoming State Lands and Investment Board, Bridget Hill, Director.

Ranch A Restoration Foundation Board and Directory 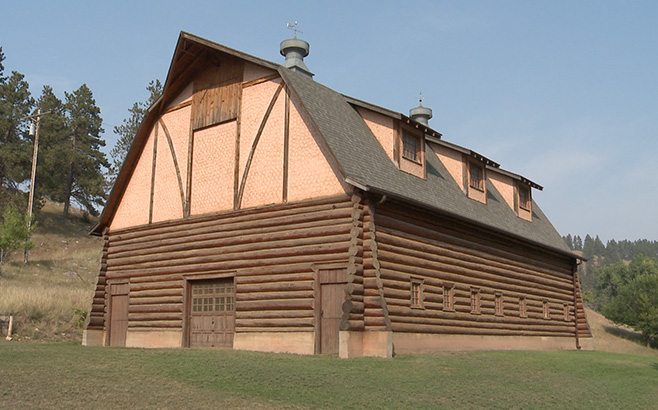 The barn is listed on the National Historic Register. Converting it to a stand-alone event facility could emphasize the existing interior structure, giving a picture of the luxury accommodations made for the horses and cattle. Restoration work has already been done on the exterior of the barn to prevent deterioration. 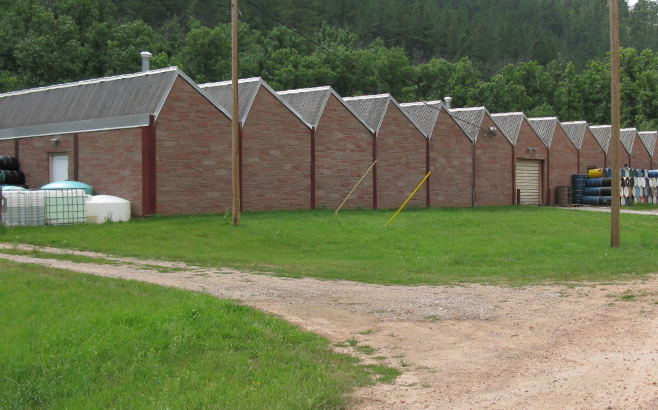 The Sawtooth building has been utilized for storage. Unique in construction, it had been scheduled for some emergency restoration, but the costs were found to be prohibitive and demolition may be necessary because of safety concerns. 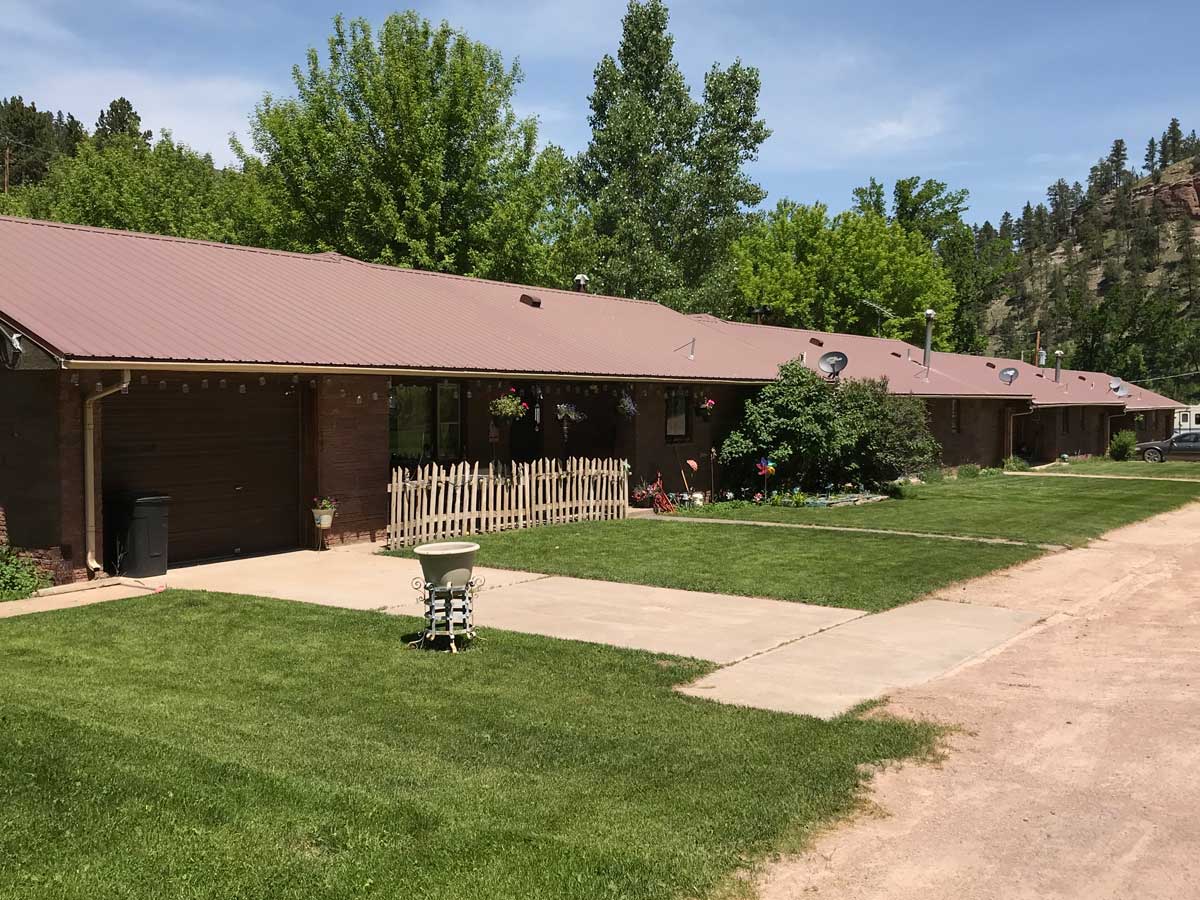 The apartments were converted from the original cabins. Maintaining much of the original charm, they provide additional revenue for operating Ranch A.

The Board is currently in the process of formulating rules which will govern what types of activities will be allowed in the Ranch A Facilities.

The Ranch A Restoration Foundation has several levels of membership. Membership funds are currently used for day-to-day expenses. While the Ranch A Facilities belong to the State of Wyoming and are under the supervision of the State Lands & Investments Board, there is no direct funding from the state to Ranch A. Grants for renovations have been given, but operating expenses depend on the income from usage of the buildings and rent from the apartments, as well as Foundation Memberships. Fund raising activities are necessary for generating operating expenses and for upkeep and small repairs. Donations and memberships will be gratefully accepted.

*Annenberg Level includes a table for 8 for the Annual Fundraiser & Banquet.

That the log buildings at Ranch A have remained in such good condition for so many years is testimony to the quality of the construction by the Juso brothers. Nels Juso taught his sons to build high-quality log structures. The six sons did not have access to power saws and modern tools. Double bladed axes and six-foot crosscut saws were used to down the trees, which were then peeled by hand with knives they had made themselves. The logs were taken to the building site, fitted by carving and shaping, hoisted and rolled into place.

In the 1990s, Wyoming State Representative Marlene Simons dedicated much of her energy to the project of preserving Ranch A for public use. She spearheaded the effort to have the federal government deed the property and buildings to the State of Wyoming. She convinced the legislators of Wyoming and South Dakota to lead this effort, and then convinced the reluctant Governor of Wyoming to accept the gift. When the legislation was passed, she had already organized the Ranch A Restoration Foundation to assume responsibility for developing and maintaining the grounds and buildings. She was supported and encouraged in all of her efforts by her husband Frank. In the opinion of many, without the work of Marlene and Frank, Ranch A might well be in private hands.

Thomas Molesworth didn’t invent Western interior design, but he provided a strong theme that developed into an American Western style. His first major project was designing, selecting, and constructing the furnishings for the Ranch A Lodge.

Ranch A gets the name from Moses Annenberg who purchased the property in November of 1927. Moses named his property Ranch A, and proceeded to purchase more land to the total of 2000 acres. He set crews at work to build the lodge, caretaker’s residence, a barn, several guest cabins, a 10 mile long game fence to encircle the entire property, and two stone arches to mark the entrances to the property. He hired craftsmen who used old world techniques to do the building with the emphasis to be the showcase lodge.

TO SEND A DONATION, OR REQUEST ADDITIONAL INFORMATION, CONTACT: